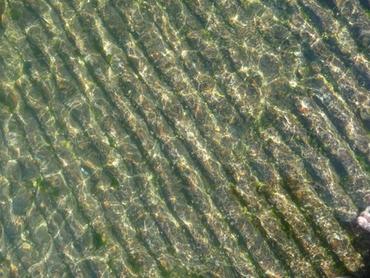 We were kayaking in San Diego bay starting out in Coronado's Glorietta Bay. The Coronado Bridge connects San Diego to Coronado and the Silver Strand, a narrow strip of land that forms the west side of San Diego Bay.

June and Jerry chose the Pattern card as a photography theme during a kayaking trip, and later compared their discoveries.

June: We only kayaked for an hour and 15 minutes so we couldn't see how these patterns would change with time, but it surely got me looking at things differently.

Jerry: I think I'm attracted to man-made patterns because the precision used in making them is something you don't see in nature...so they represent one of the unique qualities of humans. I'm also drawn to them in appreciation of the skill it takes to achieve the result.

Go kayaking on a blue sky day. Notice the patterns, natural and man-made. 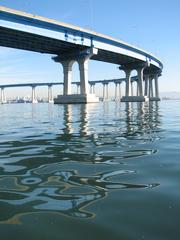