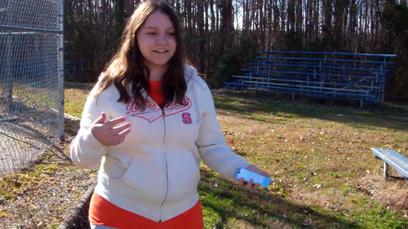 Note from Curious Terrain: This Atlas entry was drawn from the Studio H website and this blog post.

Studio H is a public high school "design/build" curriculum that sparks rural community development through real-world, built projects. By learning through a design sensibility, applied core subjects, and industry-relevant construction skills, students develop the creative capital, critical thinking, and citizenship necessary for their own success and for the future of their communities.

The point of this exercise was to deliberately go to a place and see new things, with intent and an open mind, through different lenses. As we move into architecture and design projects, this skill will be crucial in understanding a context from an analytical standpoint, but also in seeing possibility in what initially might appear to be uninspiring. We continue to “learn to see” every day when we know how to look.

Studio H is located in the town of Windsor, in Bertie County. The poorest county in North Carolina, Bertie is rural, swampy, and sparsely populated. Its economy is based on agriculture — primarily tobacco, cotton, peanuts, and some corn and soy. Its biggest employers are the Perdue chicken processing plant and the school district.

Studio H transformed an old building behind Bertie High School into their shop and studio space. The building had many previous lives, serving as an auto body/HVAC shop, a carpentry and bricklaying shop, and the gymnasium for a whites-only school prior to racial integration in public education.

We sent students out in pairs, each to a different place, either in our own class space (the woodshop, metalshop), or in the surrounding area (the tennis courts, softball field, forest behind our barn, etc.) With 3 Discover, 1 Record, and 1 Wild Card in hand, they spent one hour in the place, noting their observations and creating a record of those observations.

Each team of students discovered different things. Raleigh and Leanna, for example, chose a space at the side of our building, which centered around an old pile of bricks covered in vines. They traced the paths throughout the space, around the building, on a paved path approaching the building, and most interestingly, the path of the shadow cast by the building’s roof, which, they noted, changed throughout the day but always led past the pile of bricks (which they found intriguing and beautiful).

Davis and April discovered some similar brick-related clues on the other side of the building, where the trace of a paint marking on the building read “Bricklaying Shop”. Davis’ father had mentioned to him a few days prior that he himself had attended masonry classes in our building in the early 80′s. Davis, April, Raleigh, and Leanna, together unraveled the mystery of the building, the pile of old bricks, the traces of previous inhabitants, and the legacy of the building which we are now reinventing.

Meanwhile, at the softball field, Ryann and Desiree used their Traces card to track down evidence of human imprints on the place. They photographed litter, stones marking the numbers and names of celebrated softball players, and the peeling paint on the bleachers. They found the markings both evidence of disrespect for the place, but more so heavy use from a sincere love of the place, school, students, and athletes. Ryann describes their findings in the video below.

Seeing with intent. Seeing possibility in what initially appears uninspiring.