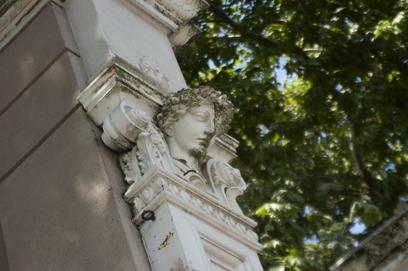 I was testing an early prototype of the Explorer's Deck, and wanted to see whether they could be used at the neighborhood scale. I did not know much about the Old Town district of Portland, and was curious about it. My goal was to immerse myself in an intriguing area of town, and see what discoveries the cards had in store.

Old Town is a historic neighborhood in the northeast corner of downtown Portland, Oregon. The area overlaps – both in terms of geographic boundaries and cultural associations – with the Chinatown and Skidmore districts. The area is valued for its large collection of cast-iron commercial buildings associated with the early development of the Pacific Northwest port cities during the second half of the 19th century. Today, Old Town is an entertainment district with numerous bars, restaurants and nightclubs. The area is also home to a large number of non-profit organizations providing food, housing, addiction treatment and other social services.

Separating out the Record and Discover cards into two piles, I blindly drew one from each pile. My Discover card was Mood. My Record card was was Dialogue - an early concept that later was folded into the Storytelling and Writing cards.

I decide to walk the neighborhood, block by block, stopping whenever the inspiration hit me, to jot down bits of dialogue in my notebook. I gave up after a few blocks. My brain got all tangled up as I tried to simultaneously walk, thoughtfully observe the mood of the neighborhood and invent a cast of characters speaking to each other. I decided to put away my notebook. I changed my recording objective from Dialogue to Monologue. I walked for an hour and a half, absorbing the mood of a single character called Old Town. I then visited a coffee shop in the neighborhood and free-wrote for 45 minutes, creating a rough draft of my monologue. I strove to capture the voice of Old Town as a character, and to express the mood of that character.

Later on, I spent roughly an hour typing out the monologue from my handwritten rough draft. I imagined someone performing the piece, and fine-tuned the language with the idea that the piece would be spoken out loud rather than silently read. I also experimented with overlaying the writing on a photograph I had taken near Skidmore Fountain.

I found that the field work was far more important and valuable than the final product. I doubt I will ever perform my monologue for an audience. But the process of creating the monologue served to anchor Old Town in my mind and heart. It has become one of my favorite areas of town, and I visit often.

While the activity was interesting as a creative exercise, it led me to question myself as an observer. I was keenly aware of my presence as an outsider looking in – an intruder with a notebook. What I considered quaint and atmospheric, others might consider filthy, careless or hopelessly old-fashioned. What I considered scary or off-putting, others might consider home. I wondered how my perceptions compared with those of the people who live, work and receive social services in Old Town. I fantasized about doing a variation of this activity with members of the community – perhaps an improvisational theater game.

Who is Old Town? What mood is she in today? What does she have to say? 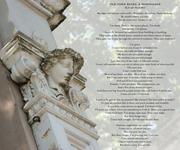