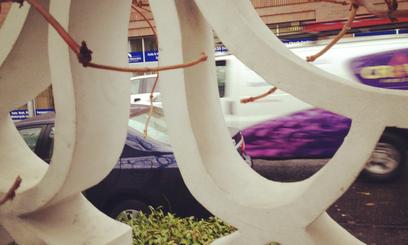 Experiment with mobile photography in one of my favorite gardens.

I visited a familiar place, the Lan Su Chinese Garden. It was a cool and rainy middle of the day in the middle of the week. There weren't many people there. The moody atmosphere gave the garden a certain magic I'd never experienced before.

My Recording method was predetermined: I would use the camera in my phone. I randomly drew two Discover cards: Pattern and Sound. I slowly wandered the garden, seeking patterns of sound that could be visually explained. Rather than conducting a thorough inventory, I focused on the patterns that evoked the strongest emotional reactions.

Some sound patterns were easy to photograph: Raindrops splashing into the pond. Other patterns were impossible to record in the moment. For example, I couldn't photograph the juxtaposition of rain splashing on pebbles with a train whistle blowing in the distance. Of course, I could later dig up a photograph of a train. But it wouldn't be my photograph, and it wouldn't be right now. So I decided to caption each image immediately after taking it. With a few words, I could fill in those missing pieces, and share the full impact these sound patterns had on my experience of the garden.

So my basic routine became: Discover a sound pattern. Take a photograph. Choose an Instagram filter that best accentuates the pattern. Write a brief caption. Post immediately to Tumblr. Move on.

This was an immensely satisfying way of exploring a familiar place. I wasn't worried about seeing everything, and enjoyed the "treasure hunt" for sound patterns. It turns out that rainy days at Lan Su are full of rhythm and atmosphere!

A treasure hunt for patterns of sound, inside a walled garden. 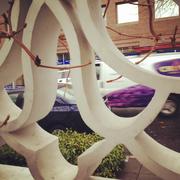 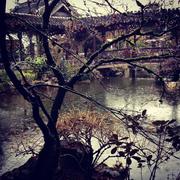 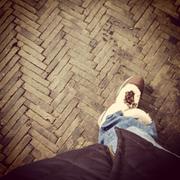 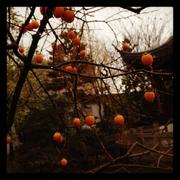 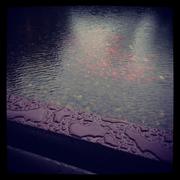 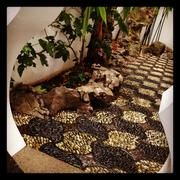