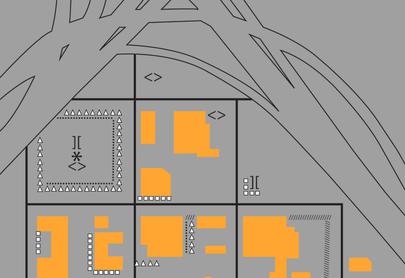 Dr. Deni Ruggeri's landscape architecture studio challenged students to examine an unsung area of Portland, and to develop a vision for enhancing its accessibility, imageability, walkability, livability, sustainability, and sense of place. At the beginning of the term, Curious Terrain met Professor Ruggeri and students for an experiential analysis exercise using the Explorer's Deck.

The goal of the exercise was to create comprehensive experiential records to complement their documentation of form and function. The students had only one opportunity to visit the study area before beginning their design work. The process of creating an "experiential map", as well as the map itself, would help them to vividly recall their multi-sensory observations back in the studio, and to brainstorm potential ways of improving those experiences through design.

The N/NE quadrant is a complex nexus of residential and commercial uses, regional and citywide infrastructure, and an active industrial area close to the Willamette River. The quadrant is blessed with views of Portland’s downtown, but these views are often obscured and inaccessible to the general public. Despite the proximity to the Willamette river, the area has little to no access to this recreational amenity. The area is well connected to the rest of the city thanks to a nearby light rail station, but it is challenged by a lack of internal connectivity, further exacerbated by traffic serving commercial and industrial establishments. (Source: Dr. Ruggeri.)

Each student was responsible for four Discover cards, one each from the Perception, Sensation, Geography and People suits. As they explored the study area, they notated on layers of trace paper over a base map, creating a symbology to represent their experiences related to the four cards. They also sketched quick vignettes related to their chosen themes. They were shown insipirational examples of creative notation and storyboards by masters such as Lawrence Halprin, Gordon Cullen and Robert Wilson.

Back in the studio, the students were asked to merge their layers of trace into a single record on an 11x17 sheet of paper. The record needed to incorporate an experiential map with refined symbology, and a sequence of cinematic storyboards based on their field sketches. The purpose of this record was to transform their personal field notes into something that clearly communicates to an audience, in a compact amount of space.

Curious Terrain has collected roughly half of the students' experiential maps. Click on the images to the right to view their discoveries and conclusions.

Mapping the experience and telling the story of an unsung industrial neighborhood. 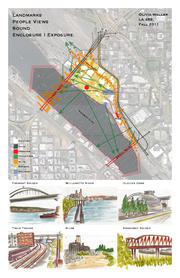 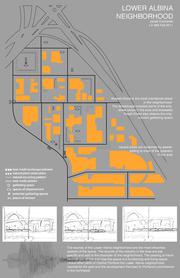 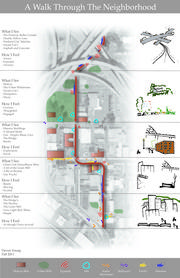